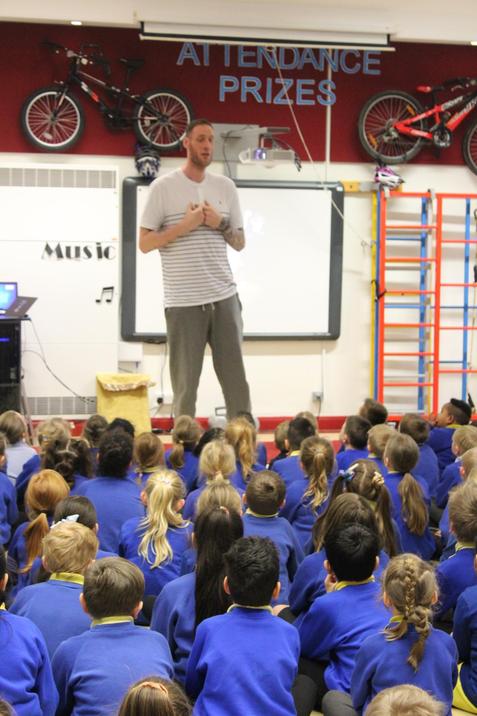 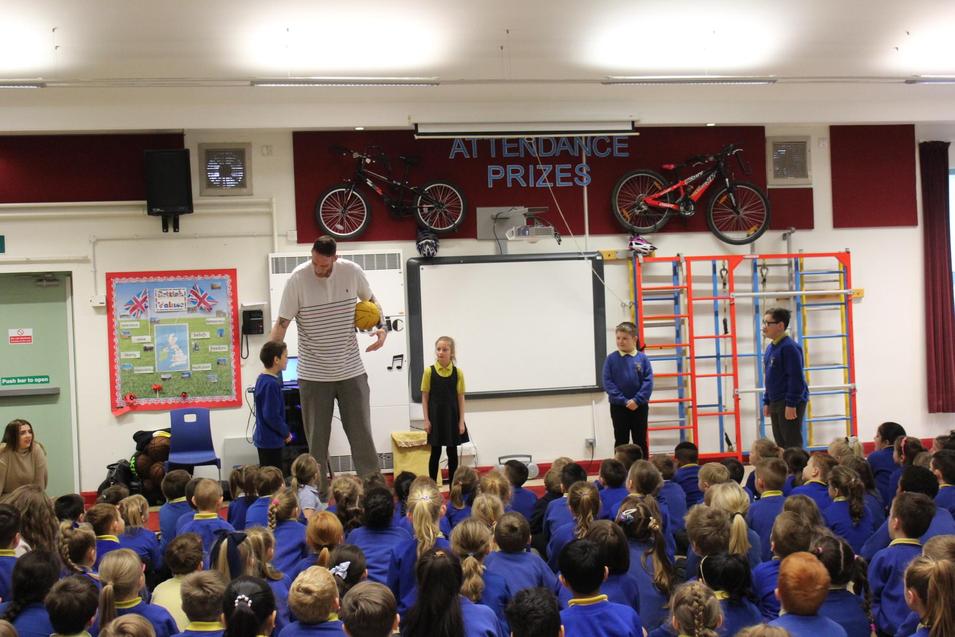 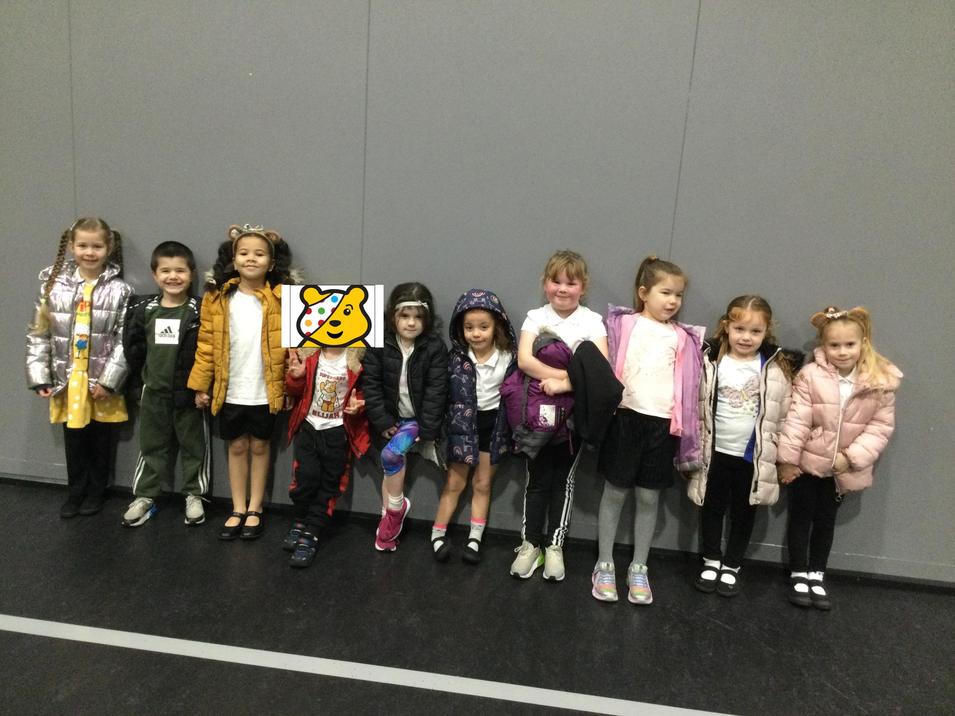 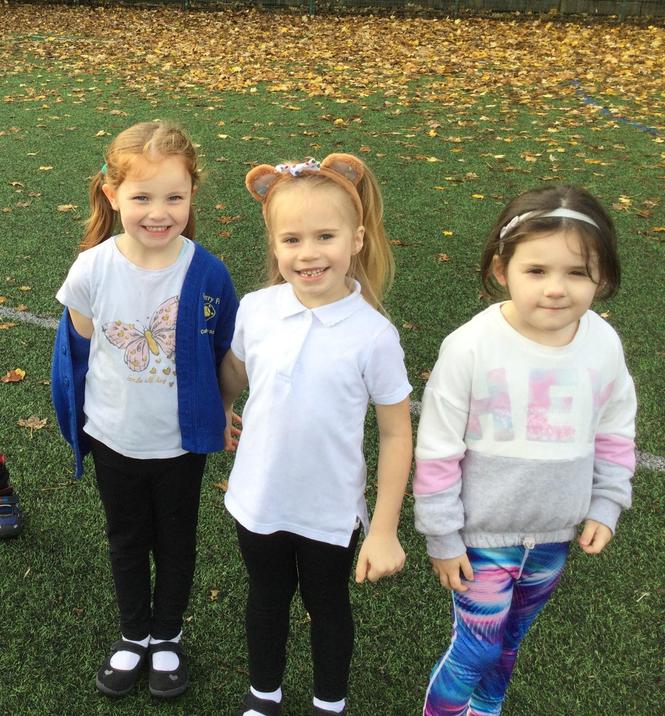 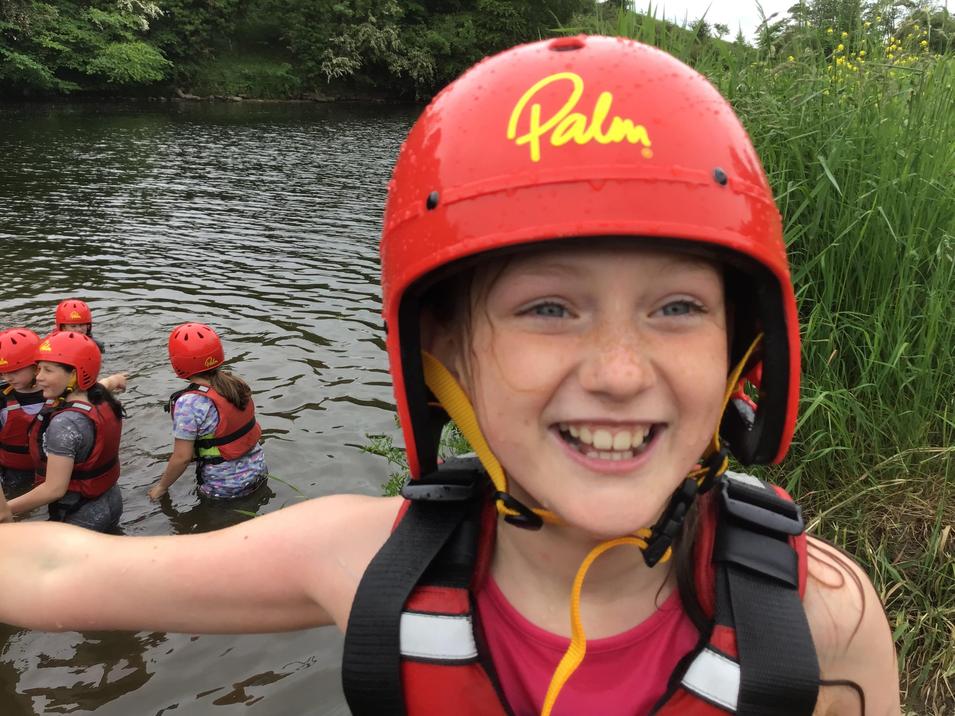 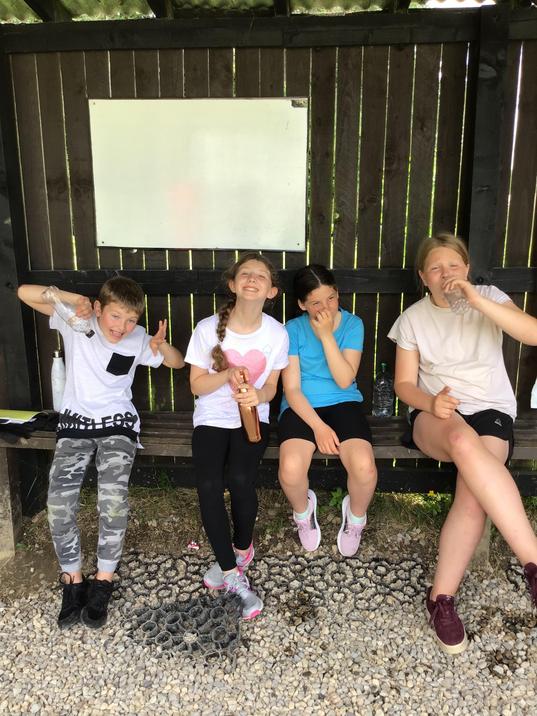 The children at Cherry Fold have been practicing the Lancashire Games dance routine. Today we are celebrating by performing the dance in full.

Whats been going on in our school

We have had a very busy couple of weeks in terms of sport. six children took part in a Multi-Skills festival held at Burnley College and had a fantastic time. On Wednesday our year 5 and 6 Athletics team competed in the Indoor Athletics cluster just missing out on the finals. Also a big shout out to the boys Football team who were just one goal away from going through to the next round of the U11s Football Tournament run by Burnley College. A huge thank you to all our parents and cares for coming to supports our amazing children through all this sporting action, more to come in the new year!!

Out Of School Sports Awards

Our children attended a Change 4 Life festival at The Prairie, where they learned all about healthy eating. We even came away with some extra fruit to share with our class mates!

A quick video showcasing what the children got up to at Waddow Hall.

A massive well done to our Year 5 and 6 rugby team who in total won 5 games out of 6 in their CVL campaign. HIGH HOPES FOR THE WORLD CUP! #UpTheFold

Well done to our year 5/6 tag rugby team who won all three games at the CVL 1! lets hope for more of the same at CVL 2 next week.

Our year 5 and 6 boys are halfway through the Core Values Rugby course. Full contact rugby with lots of fun in the mud!

Well done to the girls who took part in the Dance Festival, team Cherry Bombs came 5th overall after performing their routine. Lots of hard work paid off! Big thank you to the parents who came to show their support.

The Cherry Bombs perform their routine for the Dance Festival.

Year 3 and 4 did a really good job at the competition at the Best Centre coming 6th out of 17 schools! Well done to the children involved. See below for Gabriele's routine.

Massive well done to all the children who took part in the gymnastics competition at the Best Centre. Below is Emilija's amazing routine.

Two girls from the Gymnastics Club event at the Best Centre. 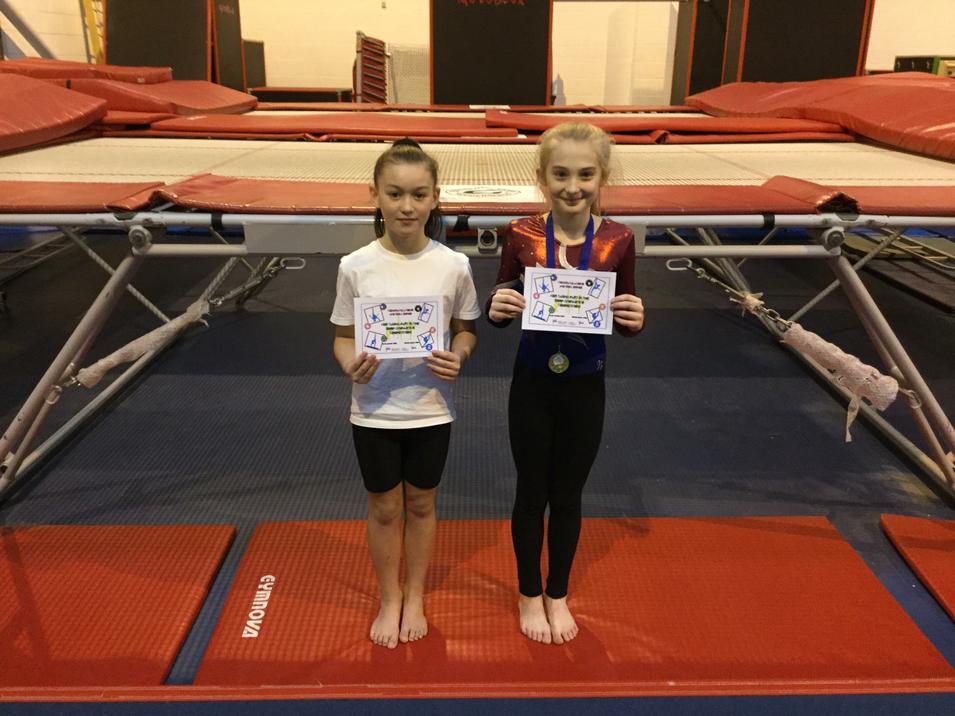 We had a fantastic time at the Football Cluster Competition at Hameldon. 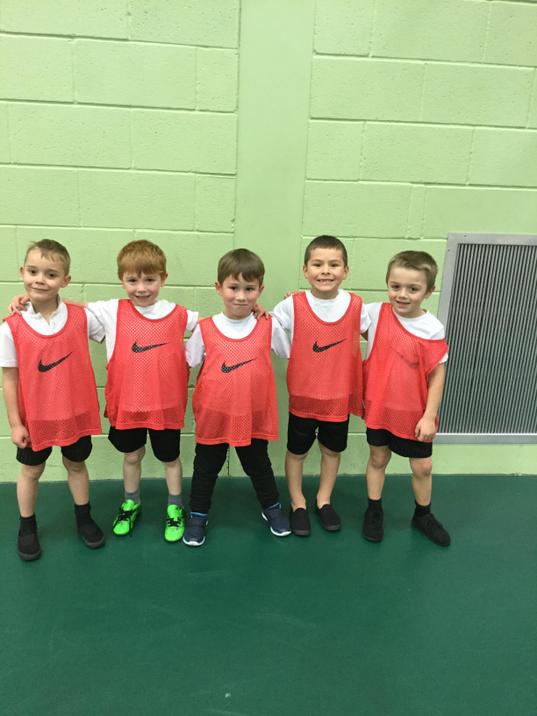 Boys football team played the first round of the Hartley Cup on Friday at Hameldon against Heasandford. Very close game that was tied at the end 1-1, which meant extra time. Unfortunately Cherry Fold conceded 2 goals with the game finishing 3-1. 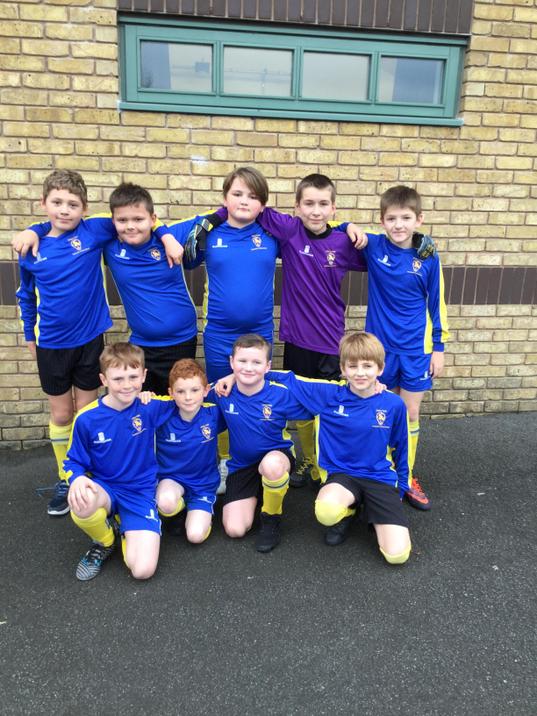 Big well done to the Year 5/6 Girls Football Team. The girls won 2 out of 4 games, just missing out on the semi-finals. Fantastic result none-the-less. 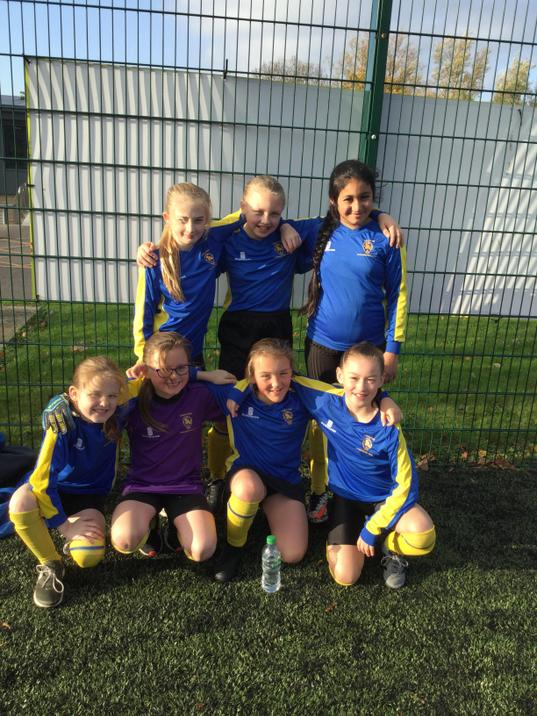 Congratulations to the children who participated in the Orienteering Festival and brought home the gold! 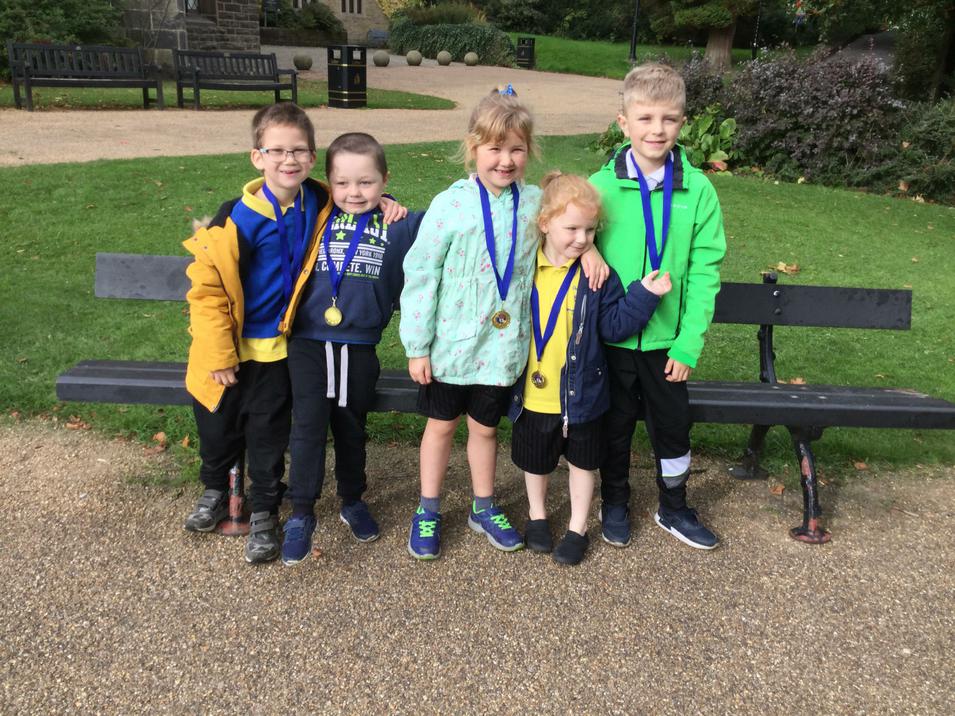 Massive well done to all the children who participated. Everyone came in the top half of over 100 children. We also had 3 runners inside the top 20 and one runner inside the top 10, which is AMAZING! Big thank you to all family and friends who came to support the children.

A huge well done to the children who participated in the year 2 fun run at Towneley Park. Definitely some potential runners for the future! Also thank you to all the parents and carers who came to support was fantastic to see!! 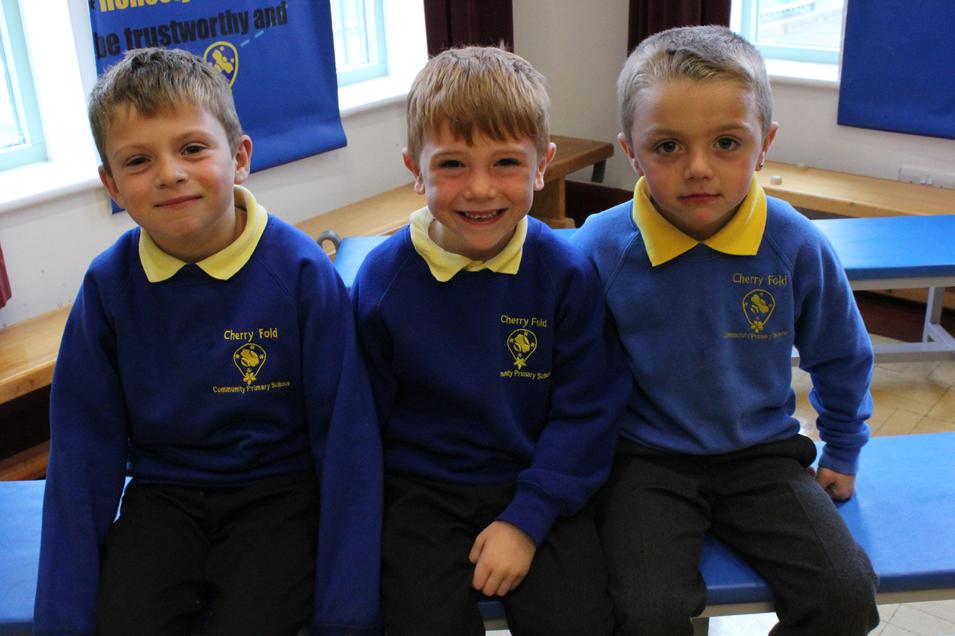 Massive well done to the Reception class athletics team who came 1st in the competition at Hameldon! Thank you to parents who came to support the team.

Sports day was a fantastic success. Thank you to all of the parents who attended to support their children. Take a look at our little video that we have made!

A huge well done to all the girls and boys who competed in the year 3 and 4 cross country at Towneley Park. A very long and muddy trail, with some fantastic results at the end. Excellent job!

The children from years 1 to 3 had a fantastic day out at Lowerhouse Cricket Club at the All Star Festival. Check out these action shots!

Massive well done to the children who participated in the Year 3 and 4 Tennis Cluster at Hameldon.

Massive well done to the 5 children who competed in the gymnastics competition, coming 7th out of 15 schools. See below for Avie's routine!

These are the children that took part in the Years 3 & 4 Multi-Skills at Burnley College. They did lots of different games and activities.

Massive well done to Team 8 and Team 7 that were the Runners Up and Champions of Friday League.

Our children are running around the world. Each child runs a mile a day, so we travel about 300 miles each day. So far, we have visited London, Paris, Rome, Berlin and Madrid. The children have voted for what they are having for dinner this week based on what countries have been visited. The children will be enjoying an Italian dinner for the next 2 days!

Massive well done to our Year 1's and 2's who came 7th out of 16 in the Burnley Gymnastics Competition at the Best Centre. The children really enjoyed themselves.

The football team were drawn away at St Johns for the Hartley Cup game. The boys got off to a flying start dominating the first half and went into the break 1-0 up with a goal from Finnley. The second half St Johns came back into the game and turned it on its head with two quick fire goals putting them into the lead with the time ticking away. It looked as though the game was going to finish at 2-1 but the boys dug deep and Alfie smashed the ball in the bottom corner equalising for the folders taking it to a penalty shootout the settle the game. The stakes were high and so was the pressure but unfortunately our boys lost on penalties. A great effort and great work from the team and plenty more to come keep it up boys!!

Change4Life
A great afternoon out for our children who had a taste of different sports at the C4L Festival !!
Tag Rugby CVL1
Massive well done to the Tag Rugby Team who started their CVL campaign last night, drawing the first game and winning the next two. Bring on round 2! Huge thank you to the parents who came to support the children. It was fantastic to see. #UTF #EggChasing
Cross Country
A big well done to these children that competed in the year 2 Fun Run at Towneley Park. 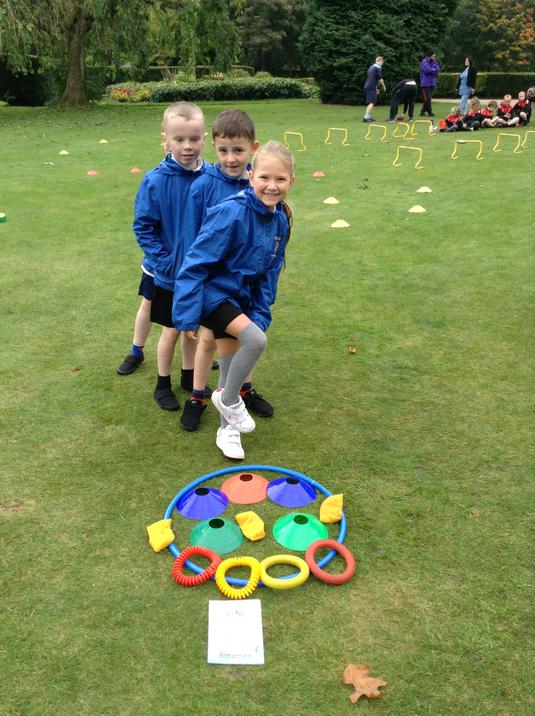 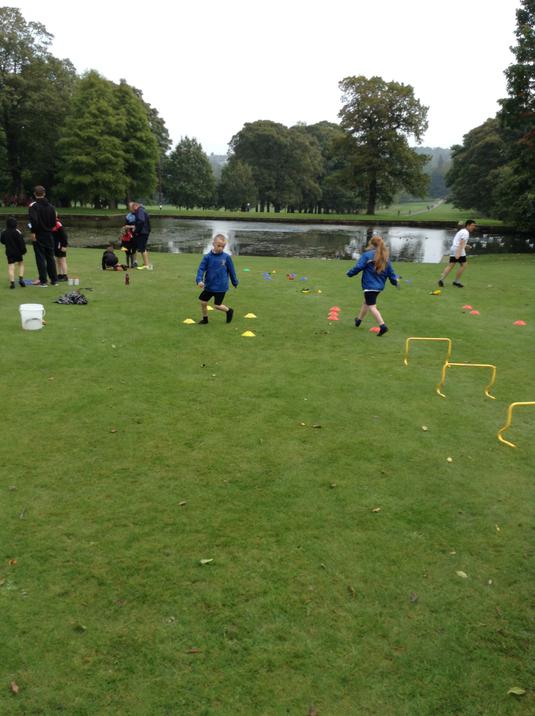 A few pictures from the Orienteering Festival in Towneley Park today. The children had loads of fun experiencing outdoor adventure!

The boccia competition was brilliant, we had an exciting time because we won the trophy and we met lots of new friends.

We use necessary cookies to make our site work. We'd also like to set optional analytics cookies to help us improve it. We won't set optional cookies unless you enable them. Using this tool will set a cookie on your device to remember your preferences.

Necessary cookies enable core functionality such as security, network management, and accessibility. You may disable these by changing your browser settings, but this may affect how the website functions.